Jaguarundi the King of Cats and guest post for The Broccoli Hut!


Been a while I know.... We had a sad time recently, our beloved cat Jaguarundi passed away at the young age of six. He had heart disease and despite the best food and medication it was just his time. He was the loveliest cat who used to follow me around everywhere and had a real comic character. He certainly has left a big void in the family. We adopted him and his brother from a rescue centre as kittens a month before Fia was born so he has always been around for the girls. His brother Chaak missed him terribly the first couple of weeks but is now enjoying being spoiled and the total centre of attention. He has become almost a lap cat (unusual for him- he usually likes to be out hunting!) and is sleeping in Jaggies place at the end of the bed. I am yet to work out if this is a mark of tribute to his brother or a 'haha I'm top cat now' declaration! Still we all miss 'Jaggie the King of Cats' and here are some pictures as tribute to him! 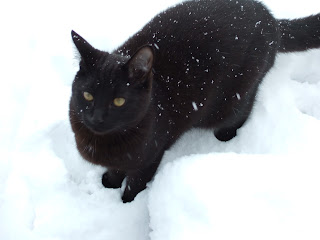 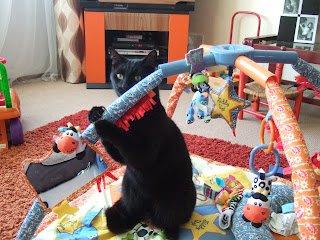 Now, with the frosty mornings and the Christmas music and goods in the shops, I'm starting to feel very festive and inspired again!

Even more exciting, I was super honoured to write my second guest post for the amazing Broccoli Hut. With this new feeling of festivity I created a delicious, quick and easy raw mince pie recipe that can be thrown together right at the last minute, perfect for this busy time of year. Check it out here! 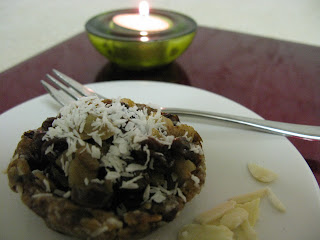 So I guess it is also time to start planning my Christmas shopping! The girls have started their lists and right at the top are Rolling Stones T-shirts (That's my girls!!). Fia also would love a sewing machine so we are on the hunt for an old reconditioned manual one. After speaking to a friend this makes the most sense as they have more control over it than the electric ones and not being reliant on a plug, it is far more mobile. I am yet to see one that doesn't cost a whole loadda money though (darn vintage being all the rage!) so failing that I like these bright coloured mini sewing machines at John Lewes....

How's your plans coming along, have you started yet?!