The ultimate paleontology, archaeology and Bigfoot birthday party! This is what we did :) 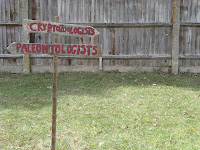 The other  weekend, we gave the girls their first 'proper' party- I've been avoiding doing it for a while now but was feeling inspired this year. The theme they wanted was all things 'ology'. Fia wants to be an archaeologist, paleontologist AND geologist when she's bigger and Dorrie wants to go find bigfoot- I think they call that cryptozoology. All this ologying reminds me of the old BT advert- does anybody remember that one? It still cracks me up! But I digress.. This theme rocks, I was probably more excited than them! 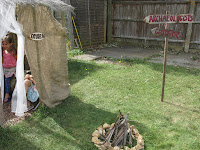 We had a ton of fun making up the theme for this party. I got a load of cool ideas off pinterest, some from my imagination and we really went to town... ;)

We tried to make the party as eco friendly as possible, using palm leaf table ware, paper straws and biodegradable balloons. Each child got to take home their explorer kit that they used in the party and a little crystal individually chosen for them by the girls, which I thought was a really sweet touch. 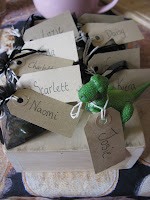 The other thing we did was to invite all the parents as well. I've always struggled with 'same-age' groups. Mother and baby groups used to terrify me, all that competitiveness and baby talk, I always felt like they needed a few older, more experienced people thrown in and some teens to help entertain the kids! That would work better I think. Traditionally cultures mixed right across the age groups and it adds different dimensions which I feel we're missing out on today. But all this aside, us adults don't get to party so much, it's nice for the adults to have a bit of a get together too and join in on  the fun too, it is a celebration after all!

And of course it meant we could join in with the games- jeeze guys can be so competitive can't they? There they were having 'practice' rounds before the games and moving the markers way back across the lawn to make it a super challenge! 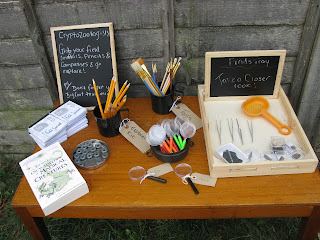 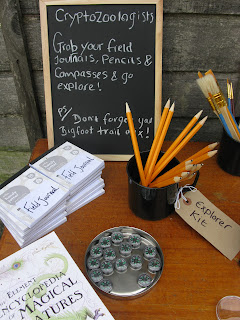 For entertainment we played a classic bean bag toss game, and I made the board to look like Bigfoot (a girl bigfoot, of course), we played pass the parcel, a game of 'mummies' where the kids got to wrap each other up in toilet roll as a mummy and we had an excavation, a 'big dig' where they could look for crystals and fossils (including dinosaur poo- big hit that one). The excavation kept everyone busy right until the end of the party, the kids loved it. I'd set out a finds tray with magnifying glasses and brushes and tweezers so they could examine their finds after. We also put out compasses , field journals and pencils for budding explorers and cryptozoologists to go off and record stuff in. 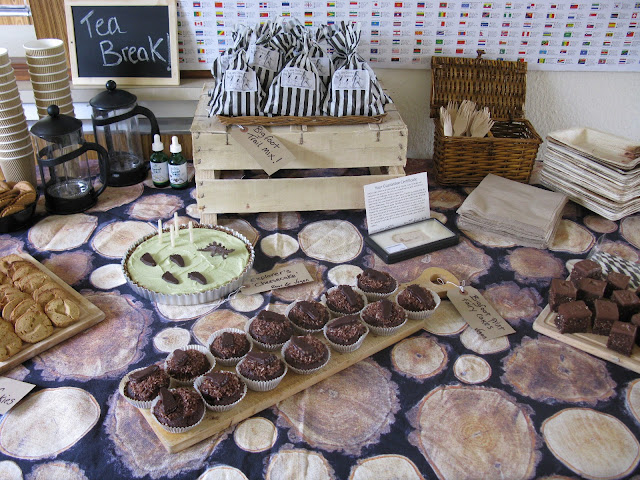 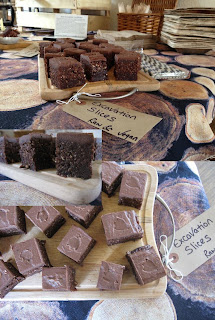 I made the food around this theme and it was so much fun coming up with afternoon tea treats with dinosaurs and bigfoot in mind! All the food was made without refined cane sugar, was all wholegrain, without modern wheat (using spelt, kamut and buckwheat) and was nearly all vegan except for the fossil cookies which had organic butter. I was pretty pleased with that!
My food inspiration came from multiple places. Fossil cookies are found all over the internet and I just used a basic sugar free cookie recipe for them, but I came up with the little bags of trail mix idea (check out the labels designed by my sister in law) and the raw excavation slices which had different soil layers just like you would in an archaeological section (geek overload here). I did a raw 'cheese' cake for the girls so they could have some candles to blow out. They insisted on having their real cakes on their actual birthdays, butI felt bad if they'd miss out having their friends sing happy birthday. It all went on a rustic setting table with a giant map as a backdrop showing the coordinates of Bigfoot sightings and some major dinosaur discoveries (this was a last minute moment of inspired genius, tee hee). 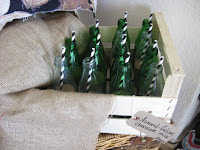 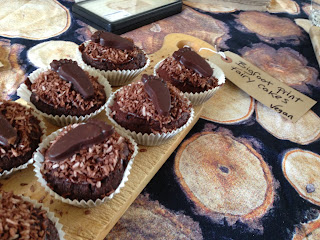 I made little bottles of chocolate-praline almond milk for the kids to drink and served up tea, coffee and (sugar free) biscuits for the adults. You can't be an archaeologist without the obligatory tea break...

I think it went really well and everyone had a great time, I'm lucky my girls chose such a cool theme to go with, if it had been princesses I may have cried.... 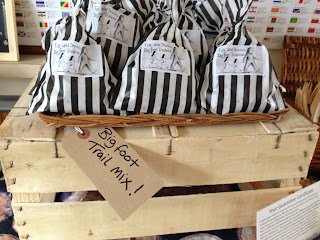 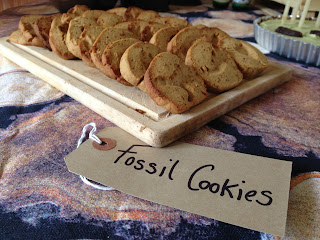 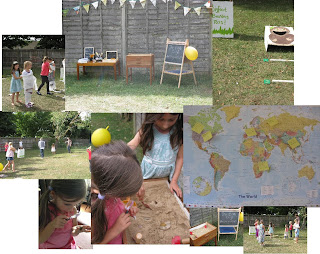 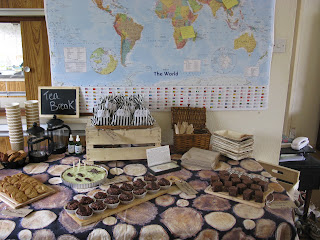 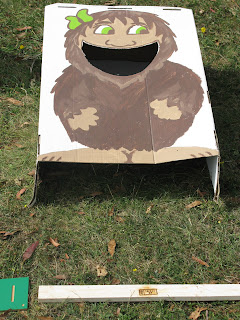