We used to sing that alot as kids. I've always loved this split pea dish, it was one of my favourite dinner ac compliments and my Nan used to make it for me special. It's traditionally served as a side dish to boiled ham and cabbage but I really thought it deserved to be a dish in its own right,  I wanted to make it the star of the meal!

Even though I follow a plant based diet I do still enjoy a good old Sunday roast and the main part is usually a nut roast or veggie loaf of some kind. But one weekend it dawned on me that pease pottage would taste pretty darn good as the centre piece of a roast! So I boiled up the split peas with some onion, sea salt and water (yup, you heard me right, just four ingredients!), and then baked it in the oven to firm up so it could be cut into slices.

The result was so good that it's been the centre of our family roast dinners ever since! I hope you enjoy it as much as we do. 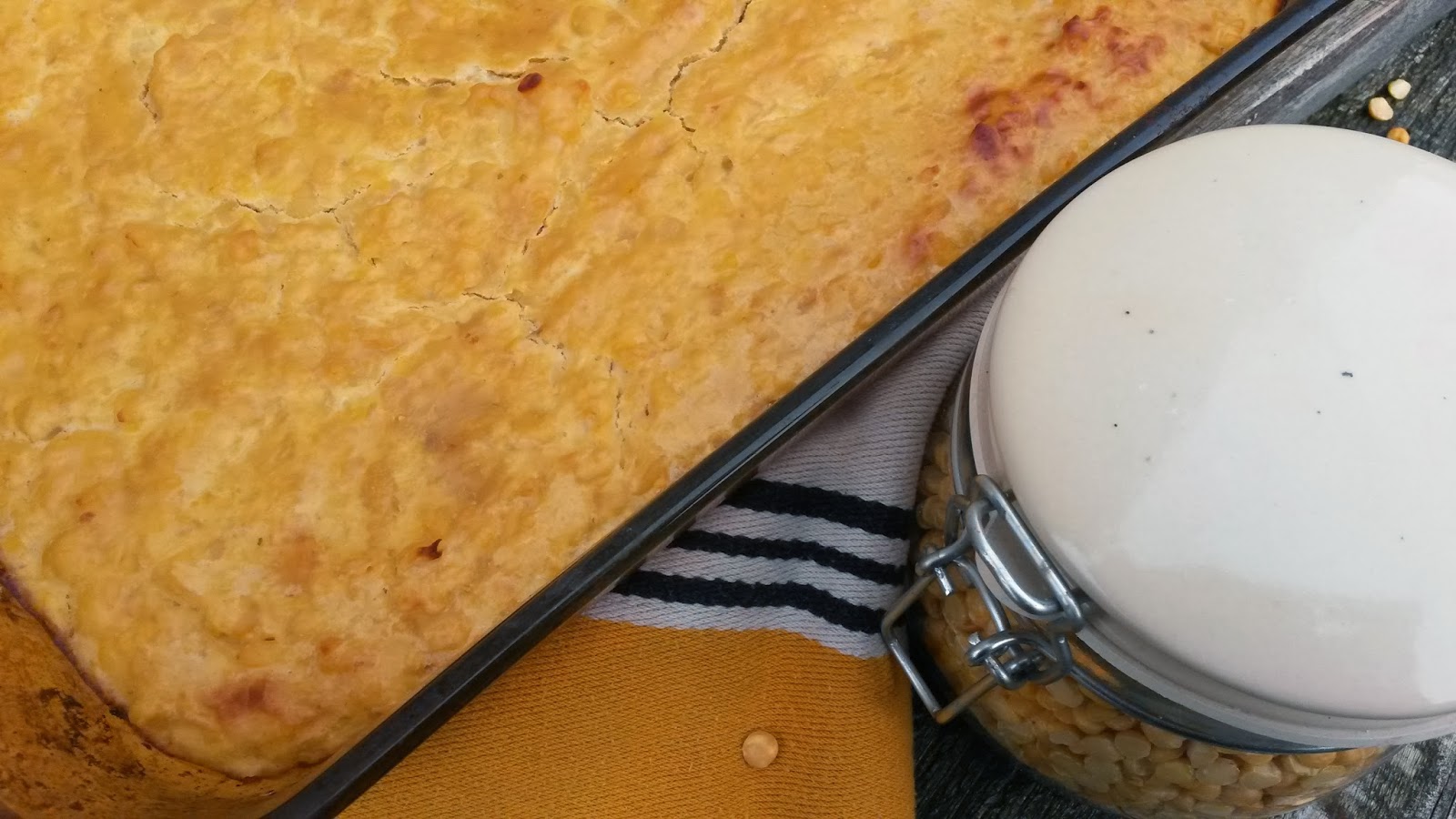 
Drain the soaked split peas and add to a large sauce pan. Add the chopped onion and pour over the water to cover about 2 cm over the top.

Bring to the boil, then reduce to a high simmer. You'll notice foamy stuff apearing on the top, this can be removed with a spoon. You want to cook this mixture down until it is like a thick puree, it needs watching and topping up with water when necesarry. It usually takes me about and hour and a half to reach desired consistancy, then add the salt.

At this stage it can be poured into a bowl and used as a spread on toast and crackers or as a sandwich filling when cold, it can be used just like a hummous would.

As this was the main attraction for our roast dinner I wanted to set the mix. So i poured it into a large pyrex roasting dish and baked it uncovered at 170 degress for about 35 ins. Then i turned off the heat and left it to go cool in the oven. This produces a delicious sliceable pease pottage that is a great alternative to a nut roast any day!