First of all, I just wanted to say thank you so much for bearing with me while this blog undergoes a re-vamp. The transition from 'The Boo The Bear and the Goji Berries' to 'Ellie's Recipes' has been a bit more complicated than I thought (being no computer whizz) but I'm doing my best to get it ready and it's very nearly there!

Things have been pretty crazy busy here. And when it gets like that I turn to comfort foods. I've always preferred savoury foods to sweet ones, and one of my favourite things to eat is scrambled ackee. I am totally obsessed with breakfast foods. I'd much rather go out to eat breakfast than dinner, though finding a decent vegan breakfast in Oxfordshire is no small thing!

If you've never come across ackee before, its a kind of fruit native to West Africa, and very popular in the Caribbean. In fact ackee is the national fruit of Jamaica. Traditionally served alongside salt fish, ackee also lends itself to vegan cooking very well. It's great in vegan quiches, and is a tasty filling in tacos and burritos along with rice and guacamole.  But ackee really shines as a breakfast food, and serving it scrambled is my favourite way to eat it. It doesn't have a very strong taste, so I like to add herbs and other veggies for maximum flavour.

In the UK you'll mostly find ackee canned in water or brine. Some branches of Asda and Sainsburys stock it in the world foods isle, or you can usually get it in your local Asian store. In the US canned is the only way you'll find it, as in its fresh form it is banned. Eating under ripe ackee, or consuming the pods or seeds can result in a very serious form of food poisoning, which can cause death if not treated- pretty serious stuff. But don't let that put you off! It's a wonderful food, and the canned version tastes divine in this dish, it really is my favourite breakfast and I'm sure you'll love it as much as I do. 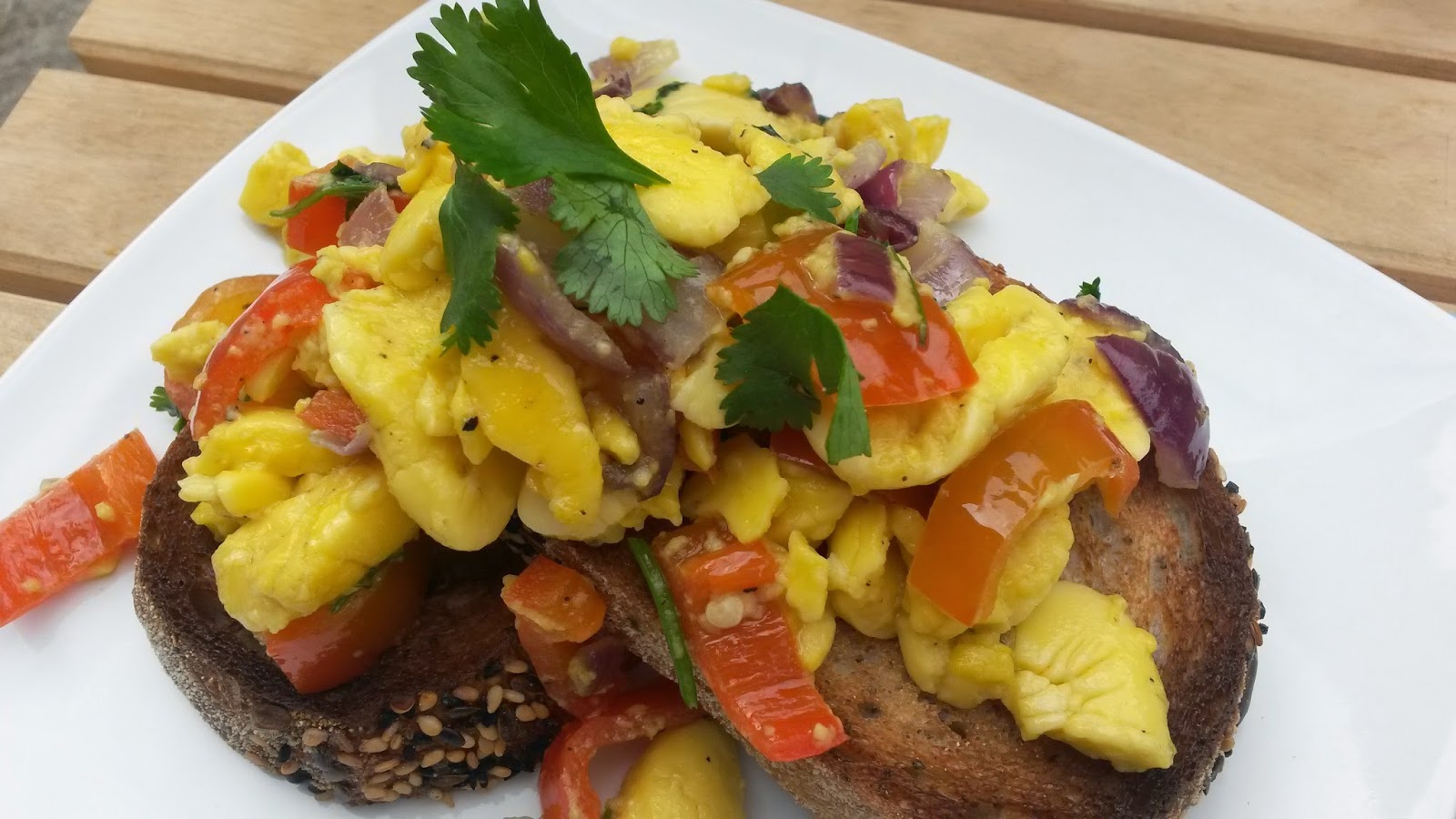 Method:
In a frying pan, saute he onion and garlic until softened in the oil. don't let the pan get too hot. When the onion is translucent, add the akee and red pepper. It only needs to cook for a couple of minutes as the akee just needs warming through, and I like the pepper to still have some crunch. Season with salt and pepper and pour the scrambled akee over the toast. Garnish with some fresh chopped coriander, this really lifts the dish!