What a few weeks we've had! I'll try and sum them up for you guys, all that you've missed in the month of May so far...

After sadly losing our beautiful 9 year old cat, Chaak (named after the Mayan rain God) we were all a little heartbroken. It seems he and his brother both had some sort of hereditary heart disease or blood clotting issue that meant we have lost them both to thrombosis, way before their time.

He was such an amazing character, he had this way of communicating with us that I've never seen another cat do before. When we first saw him, as a 4 month old kitten in the rescue centre with his brother, he started nodding his head enthusiastically at us (while bashing his poor brothers head against the wall), and he never ever stopped nodding in all these 9 years. He also looked a lot like a bat when upside down... 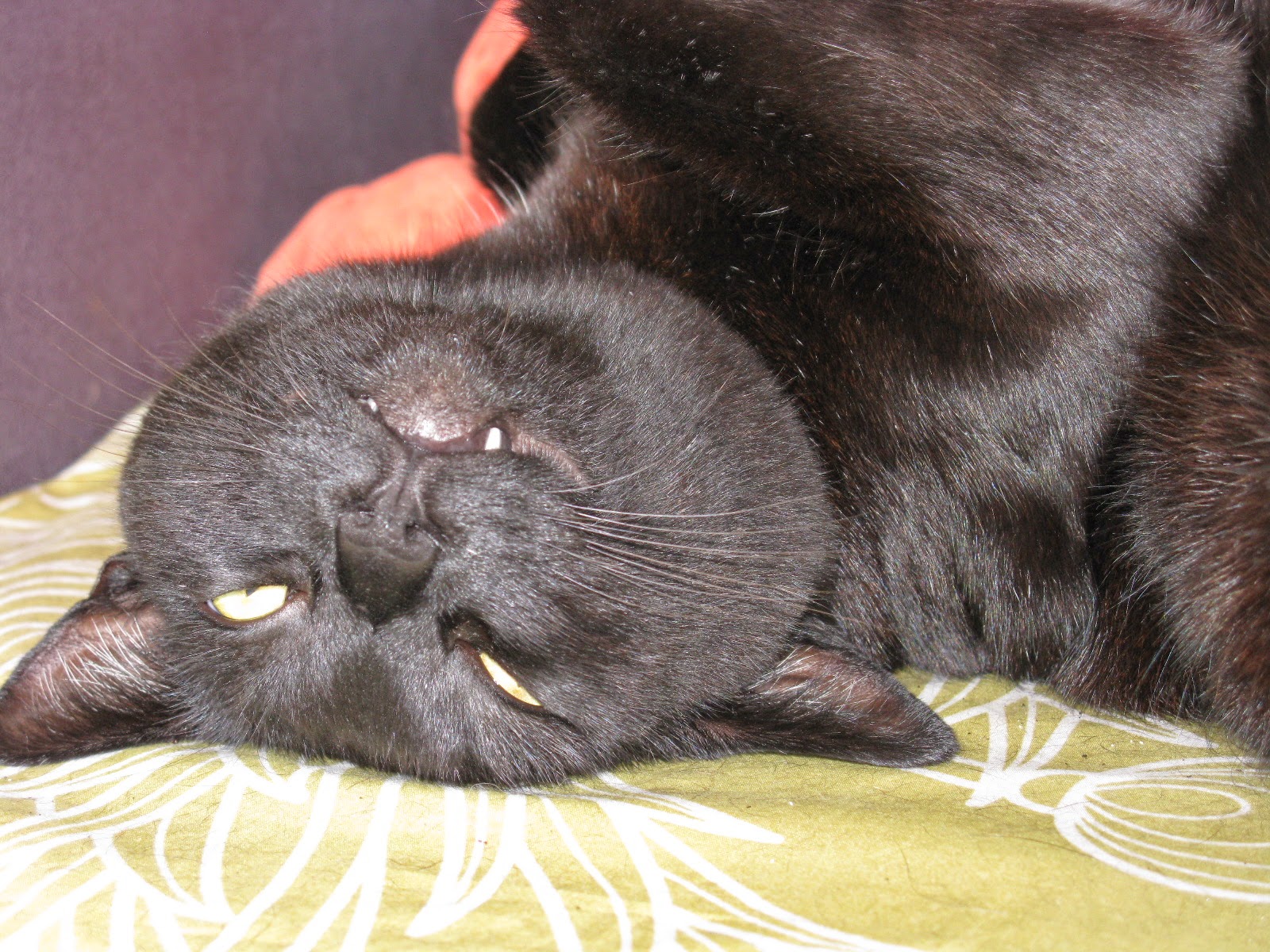 So goodbye little Chaakie, we hope you're having a wonderful time up there with your brother Jaguarundi, we miss you both so much! 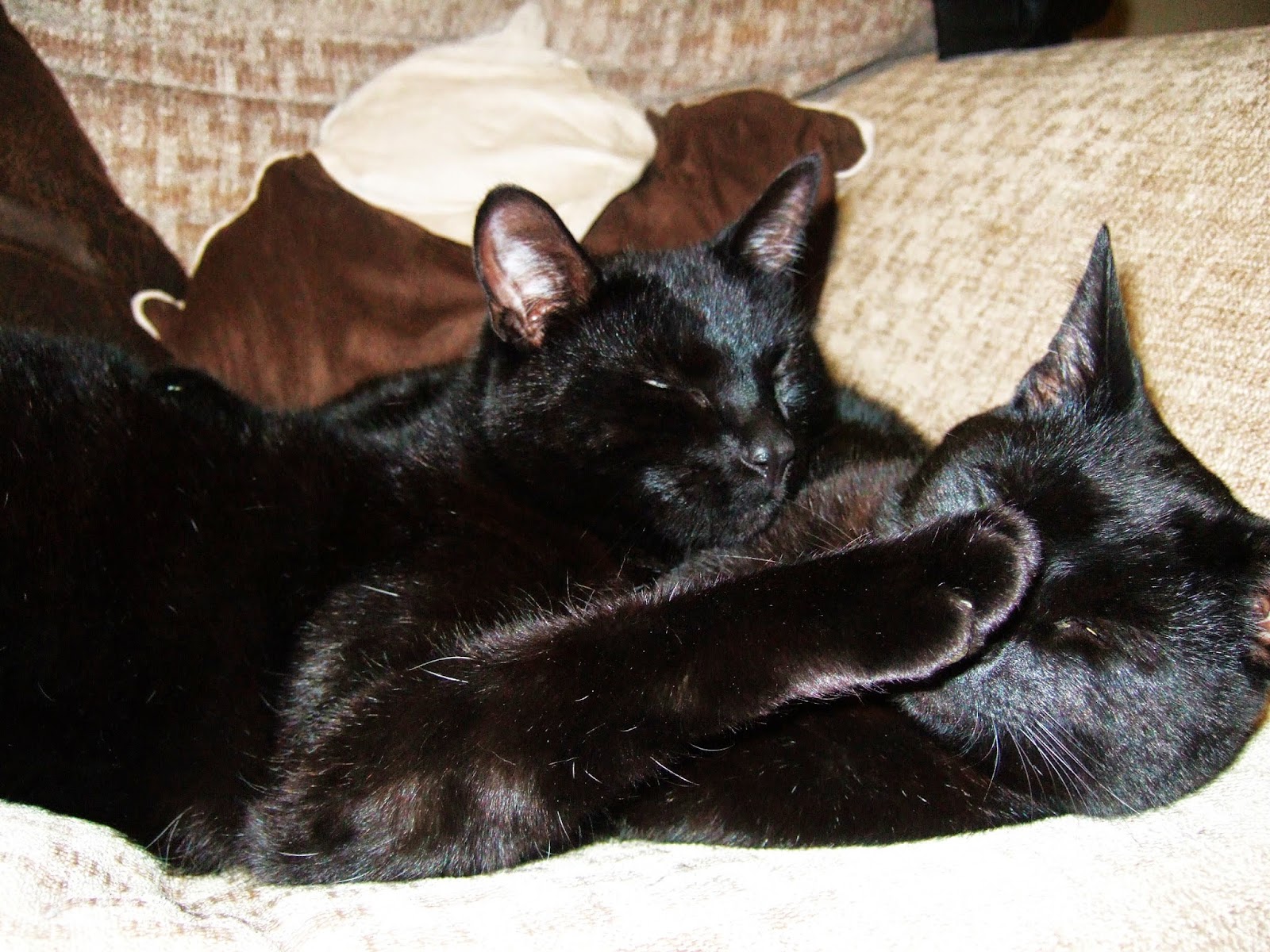 So as we started to get back to normal at home, my youngest daughter went and broke her elbow rather spectacularly, while trying to hurdle a space hopper, at great speed, on the patio. I have since praised her for her bravery and told her it's great to try out these things, but perhaps hurdling a more stationary object is a better idea in the future... She's been incredibly brave and I am amazingly proud of her. And through it all she is still smiling! 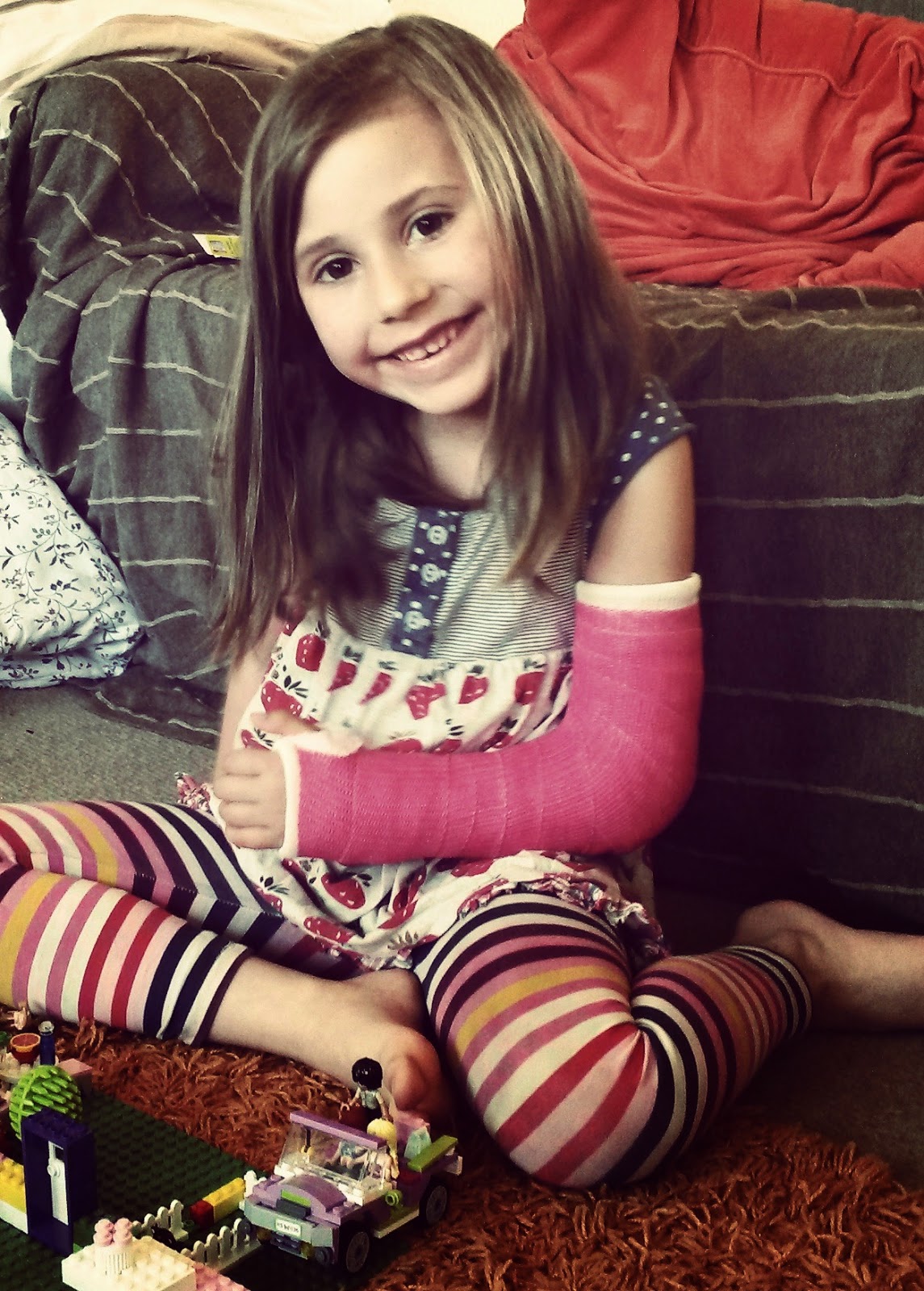 While my youngest has been playing daredevil with a space hopper, my eldest has been saving trees! We live in an area that is being rapidly re-developed, and sadly as part of this, a beautiful line of trees that ran behind our back fence were cut down to make way for new houses. We were all saddened by this, but little did I know that my daughter had saved one of those little helicopter seeds from the tree and she had planted it in a pot. A couple of weeks ago, she proudly presented me with this, it's growing! 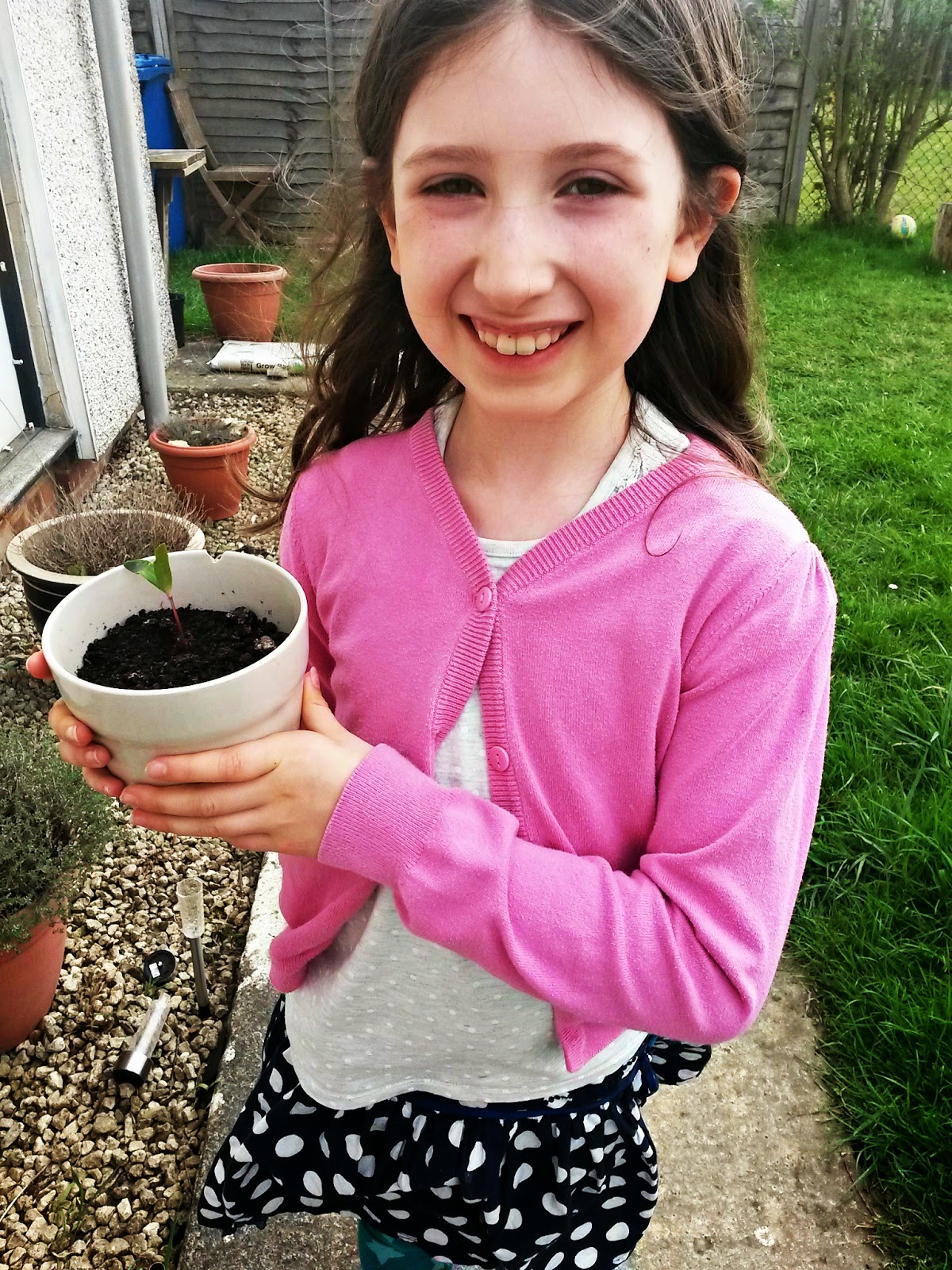 Last weekend, a month after losing Chaak, we adopted a new rescue kitten- hooray! His name is Gink and he is rather special. He is so friendly and at only 3 1/2 months old, he is already a real lap cat. We have one small problem though. Our 3 year old girl cat, Chia, has turned into a hissing, spitting, crazy cat. She'll even hiss at us if we smell like the kitten! Eeek. So any advise on helping these two get along would be greatly appreciated. Same could be said of the girls really... (kidding! Kindda).

So that's been the last few weeks, a mixture of highs and lows and lots of busy in between. As a result, we've been cramming in the smoothies and juices this week, to boost our energy and for a quick and easy snack or brekkie. One we are absolutely loving is this butterhead lettuce and grape smoothie. We're getting lots of butterhead lettuce in our vegbox, and it tastes delicious in a smoothie. We've used frozen grapes as the girls really love them and I keep a bunch in my freezer, but any soft fruit would work. 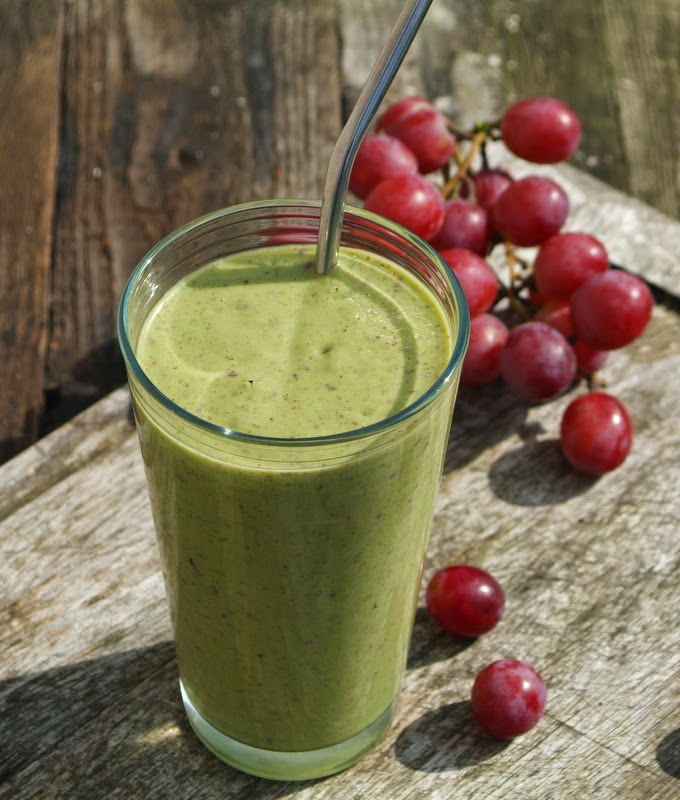 Blend everything together until creamy and smooth!